← Popsicle vs. Poopsicle: your ticket to better dinner conversation A Big Dose of Empathy →

How Do We Parent in Ways We Weren’t Parented?

Make lasting changes in behavior that last a lifetime and span multiple generations.

In some ways, it’s easy to parent our children in ways we weren’t parented, right?  I was a latch-key kid with a working mom who was gone a lot. When it came time for me to be a mom, I was fiercely committed to giving my kids what I didn’t have: a stay-at-home, available, attentive mom. I felt noble and righteous changing the pattern handed down from my family of origin. I loved being there for my boys.  (I still do…. It’s just that now my high school and college-aged kids aren’t around as much for me to mother them.)

But there’s also the other side of this coin that shows up with our kids’ emotions and it can be hard to parent in ways we weren’t parented.  Over and over in my therapy office, I’ve worked with parents who get utterly exasperated with their kids’ big, hard-to-take emotions. The parents come into my office thinking something must be wrong: either with their children or with them. The 4 year old son is fussy and demanding and mom snaps. The 14 year old daughter is socially awkward and doesn’t have friends and mom feels depressed about it. The teenage step-kids are lazy and entitled and stepdad gets enraged at either the kids or their mom.  In the gentle peeling back of layers that happens in therapy, all three of these parents have come to the same a-ha moment: the traits that they find least acceptable in their kids are precisely the same traits that were considered least acceptable by their parents when they were young.

Let’s take a look at each case to help uncover unacceptable behavior in the children and how parents can make lasting intergenerational changes for the better:

Mother of Fussy and Demanding Young One:

As a girl, the mother of the 4 year old son was valued for being a high achiever with a sunny personality and not too many needs.  She came from a solid, stable family without abuse or neglect; she was just expected to be “good” and not fussy or demanding.

The mother the of awkward girl hated how awkward and shy she was as a kid and watching the same traits in her daughter triggers painful memories. Now when her daughter is lonely and sad, mom not only feels irritated with her teen, she also blames herself for passing this on to her daughter. She also feels lonely and sad herself because she has never done the personal work to find herself to be lovable in spite of her social challenges.

Stepdad of Lazy and Entitled Stepchildren:

The stepdad was raised in a hard-working, high-performing family. He was valued for his accomplishments and hard work and as an adult, this has served him well professionally.  But it has left him with little compassion for the soft, tender part of himself that needs to be loved and accepted even when he feels down or has emotional needs. This void leaves him with little compassion for kids who have needs and don’t have a great work ethic.

In each of these cases, the parents tended to shut down and become intolerant of their kids’ undesirable behavior. This just perpetuates the cycle of the next generation not feeling lovable in the same ways their previous generation felt unlovable. The good news is that toxic patterns can be broken. That is what therapy is all about. In each case, the parents were able to make measurable changes in the way they responded to their children’s unacceptable behavior.

Compassionate Mother of Fussy and Demanding Young One:

Once the mother of the fussy 4 year old boy found compassion for the fact that SHE had longed for comfort and reassurance when she was little, she was able to “move in” lovingly to honor and comfort her son during his tantrums. As the son no longer felt his mom’s withdrawal and instead felt connection and comfort, the tantrums gradually subsided.

The mother of the awkward teen had to work hard to find value in her own introversion and to develop compassion for the young version of herself who didn’t grow up with guidance in developing social skills. Once she did this, her sulky daughter was less repulsive and mom could move in and connect authentically with her struggling teen.

And the stepdad who could be so judgmental and angry with his entitled step-kids was able to connect with the little boy who still resides inside him who wanted to be loved regardless of what he did or didn’t accomplish. He was able to see his step-kids through a more compassionate lens and connect with them as young people who longed for his love and approval that wasn’t tied to their accomplishments.

If you are interested in a bit of self-reflection:
I think that the aspects of our kids that rub us the wrong way may actually be one of their biggest gifts to us. If these traits irritate us to a point that we don’t feel proud of how we are responding to our children, it might drive us to make some changes. If we change the way we respond to our children, it may help our children develop, feel loved, and make changes in their own behavior. “Doing something about it” can lead to true and lasting compassion for our own wounds. This, in turn, lets us be truly present to heal our children’s wounds. With this noble act, we can change the patterns of dysfunction, big or small, that get passed from generation to generation.

Before I had kids, I always pictured myself as a calm, loving, happy, and nurturing mother. I was sometimes. I still am sometimes. I didn’t realize how hard I would have to work sometimes just to avoid coming completely unglued and falling apart right there on the...
Read More

That was then…This is now

As I watch, walk, read and listen, I am horrified and heartbroken about the systemic pervasiveness of disrespect and destruction of Black people’s lives that is rooted in racism.

I think the sweetest gift I could receive would be WORDS. Words that in spite of my imperfections, my humanity, my annoying idiosyncrasies, and my mistakes along the way … that they’ll take me the way I am. That I am enough.

Raising Boys Made Me Braver

I have had to call up the intrepid, courageous, and active parts of me that, up until motherhood, had laid somewhat dormant.

So often while driving, my kids would fall asleep and I found that to be a quiet peaceful time. So, I decided to make my car my sanctuary.

One day when I took my young son to Burger King, he wanted something he couldn’t have and I said no. It didn’t work out well for either of us.  What he wanted was “white pop” (known to older kids as Sprite). I was OK with that. I held the cup to the Sprite label on...
Read More

Popsicle vs. Poopsicle: your ticket to better dinner conversation

It's possible that dinner conversation is not quite what you had dreamed of. I had fantasies of a happy family gathered around, politely eating a meal that they appreciated and each person happily chatting about their day, one at a time. If you have that,...
Read More

How Do We Parent in Ways We Weren’t Parented?

Make lasting changes in behavior that last a lifetime and span multiple generations. In some ways, it's easy to parent our children in ways we weren't parented, right?  I was a latch-key kid with a working mom who was gone a lot. When it came time for me to be a mom,...
Read More

What Is Head and Heart Parents About?

Hi! I’m Kerry Stutzman. At Head and Heart Parents, we care about all things related to parenting.  I, and the other therapists I work with, think about the entire system of a family, from the well-being of the kids to the sanity and sense of humor of the parents....
Read More

I loved this resolution because it helped bring to life a piece of me that I longed for: the part that can pause long enough to truly see and hear my children’s words and respond with a smile

That was then…This is now

As I watch, walk, read and listen, I am horrified and heartbroken about the systemic pervasiveness of disrespect and destruction of Black people’s lives that is rooted in racism.

END_OF_DOCUMENT_TOKEN_TO_BE_REPLACED 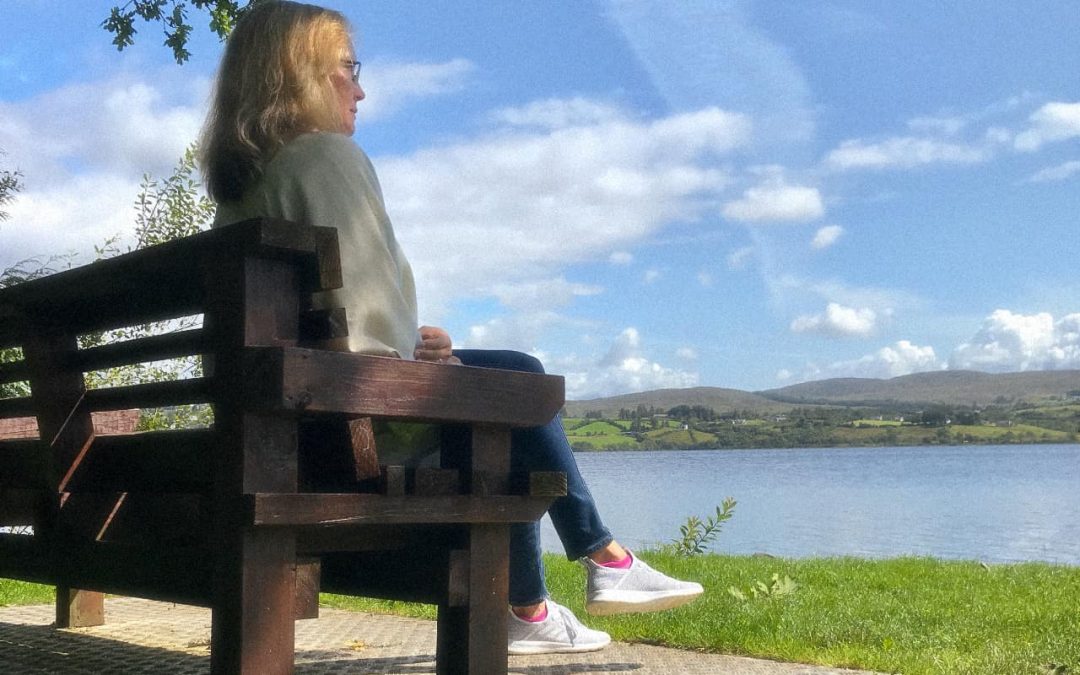 I think the sweetest gift I could receive would be WORDS. Words that in spite of my imperfections, my humanity, my annoying idiosyncrasies, and my mistakes along the way … that they’ll take me the way I am. That I am enough.

END_OF_DOCUMENT_TOKEN_TO_BE_REPLACED

Raising Boys Made Me Braver

I have had to call up the intrepid, courageous, and active parts of me that, up until motherhood, had laid somewhat dormant.